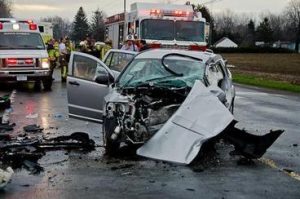 ecklessly so as to endanger the lives and/or safety of the public and in doing so causes the death of another person while under the influence of alcohol or other intoxicating substances shall be found guilty. A conviction under this section can lead to a sentence of up to 15 years in prison and at minimum there is a minimum mandatory 1 year jail sentence. Proving someone guilty of this crime requires that 5 elements be established beyond a reasonable doubt:

If convicted of the misdemeanor section of the statute which is a bit different in its elements of proving the case, you can be sentenced for up to 2 ½ years in jail. The district courts have jurisdiction over both felony and misdemeanor motor vehicle homicide cases.