There is no good reason for someone who has a criminal record not to get their record sealed. In the past, there were a lot of extra hurdles to jump and the way things were reported gave people a rightful concern that any inquiry would show a sealed record. Sometimes the record that shows an offense sealed was worse than the crime itself. That is not the current statute of the law. In fact, the Massachusetts Supreme Court established a new standard to reflect the current climate regarding reintegrating people into society who either have a criminal record or have spent time in jail. In the last year I have probably sealed close to 30 records.

In August  2014, the GBLS CORI & Re-entry Project won an important appeal on criminal record sealing. They had asked the Supreme Judicial Court (SJC) to revisit an almost 20-year-old case that imposed an onerous burden of proof on former defendants trying to seal records and went so far as to say that few defendants would succeed in sealing their records. This older case
predisposed judges to deny sealing requests. This caused hardship and pushed many people into a cycle of poverty, unemployment, and sometimes,homelessness, particularly in Boston’s communities of color, where CORI and mass incarceration are referred to as “the New Jim Crow.”

The unanimous ruling in Commonwealth v. Pon is groundbreaking.  In Pon, the SJC disagreed with the First Circuit Court of Appeals and rejected a constitutionally-based approach to record sealing. Previously, under Commonwealth v. Doe, litigants, often pro se, had to prove that the value of sealing their records clearly outweighed the constitutionally-protected value of the record remaining open to the public and that there was a compelling state interest in sealing the record as well as a risk of a specific harm from the record. Doe also gave judges little guidance as to when cases might be sealed or what might be a compelling government interest that supported sealing of a record.

In Pon, the SJC lowered the standard to “good cause” based on the common law and provided important new guidance to judges on sealing of records. It noted that there are “compelling governmental interests in reducing recidivism, facilitating reintegration, and ensuring self-sufficiency by promoting employment and housing opportunities for former criminal defendants. For the first time, the SJC also held that judges may take judicial notice that the existence of a criminal record, regardless of what it contains, can present barriers to housing and employment opportunities. The SJC eased the burden of proof by holding that defendants no longer need to prove a “risk of specific harm” or link such a harm to the particular charge on their record. In future cases, litigants can meet the burden of proof by describing a present or foreseeable future “disadvantage” that relates to their CORI. Evidence of sobriety, unemployment, reliance on public assistance despite efforts to get a job, volunteer work, passage of time since an offense, efforts at self-improvement and rehabilitation are among the facts that may be considered

This case has lifted a huge burden off client’s arguingpetitions to seal to a District Court judge.  It is quite frankly pretty easy to show good cause when petitioning the court.

Major changes in the old versus new law.

Sealing after a non-conviction

Simultaneous sealing after a waiting period and after a conviction

Occasionally, an offender’s record may have very old convictions or admissions that are eligible to be sealed because the required waiting period has already tolled. However, at the same time, the offender may have a very recent charge that was dismissed. Therefore, one can make efforts to seal the record on two tracks at the same time. The offender may file the petition to seal on all of the convictions as long as the five- or 10-year period has passed with no recent convictions or admissions. Simultaneously, the offender can file a petition to seal cases that resulted in no conviction or admission no matter how recent.

Exceptions to the sealing statute 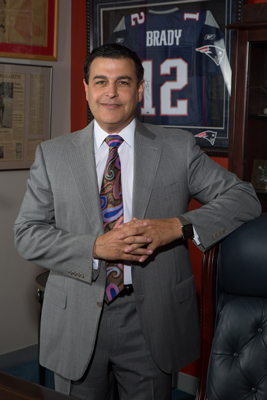