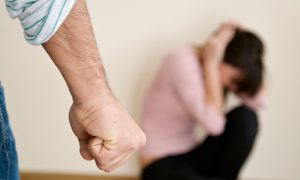 Because domestic assault and battery cases often stem from incidents related to the decline of a relationship, whether it be with a significant other or a family member, time sometimes can heal the intensity of hatred that existed at the time of your arrest.  This isn’t always the case but time can be your friend when it comes to this area of law. 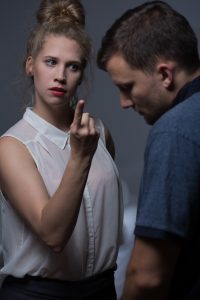 Under the new law, if you are charged with a crime involving domestic abuse or strangulation, you are prevented from being released within six hours of being arrested, unless the judge sets bail in open court. The six-hour period is considered a “cooling off” period during which the situation can be de-escalated and the victim gets time to look for safety.   The law also allows prosecutors more time to assess whether it is appropriate to request a dangerousness hearing.  If a weapon was alleged to have to have been used the stakes will be ramped up and a dangerousness hearing will likely be held. Under Chapter276/Section58A (1) The commonwealth may move, based on dangerousness, for an order of pretrial detention or release on conditions for a felony offense that has as an element of the offense the use, attempted use, or threatened use of physical force against the person of another or any other felony that, by its nature, involves a substantial risk that physical force against the person of another may result including the crimes of burglary and arson whether or not a person has been placed at risk thereof, or a violation of an order pursuant to section 18, 34B or 34C of chapter 208, section 32 of chapter 209, section 3, 4 or 5 of chapter 209 A or section 15 or 20 of chapter 209C, or arrested and charged with a misdemeanor or felony involving abuse as defined in section 1 of said chapter 209A or while an order of protection issued under said chapter 209A was in effect against such person, an offense for which a mandatory minimum term of 3 years or more is prescribed in chapter 94C, arrested and charged with a violation of section 13B of chapter 268 or a third or subsequent conviction for a violation of section 24 of chapter 90, or convicted of a violent crime as defined in said section 121 of said chapter 140 for which a term of imprisonment was served and arrested and charged with a second or subsequent offense of felony possession of a weapon or machine gun as defined in section 121 of chapter 140, or arrested and charged with a violation of paragraph (a), (c) or (m) of section 10 of chapter 269; provided, however, that the commonwealth may not move for an order of detention under this section based on possession of a large capacity feeding device without simultaneous possession of a large capacity weapon; or arrested and charged with a violation of section 10G of said chapter 269.